The Lure of Lobster Cove

This past Friday, one of the hottest afternoons on record, I found myself paddling amidst some busy powerboat traffic on the Annisquam River in Gloucester, Massachusetts.  In my sea kayak, I felt like a little kid waiting for a chance to cross a busy street.  Finally there was an opening and I dashed across towards Annisquam Village and past its busy gas station for powerboats.  Beyond was a wooden bridge spanning Lobster Cove, and it was crawling with kids taking turns diving off.  Over to the right I found a place to pass under the bridge and entered the inner sanctum of Lobster Cove.  Here I found serenity… 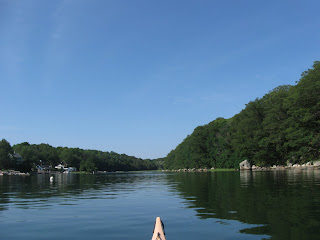 And at the end of the cove was this idyllic scene… 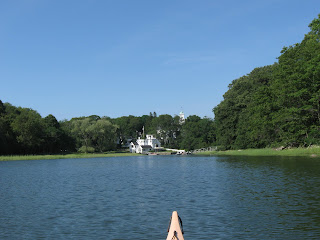 Was this heaven where someone would walk out to greet me and say “we’ve been waiting for you, what took you so long?”


Not today anyway, and after a too short interlude, I was heading back out into the madness.  Just before running the “Annisquam Gauntlet” again, I came upon this tough old working boat that brought Quint’s Orca to mind... 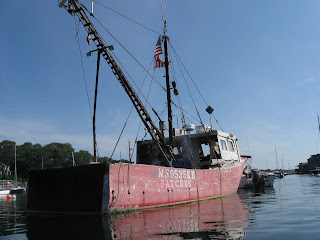 Paddling back to my temporary home at Cape Ann Camp Site, I thought back to my last paddle in these waters on New Year’s Day 2011 when there wasn’t so much ‘hustle and bustle’ in Annisquam… 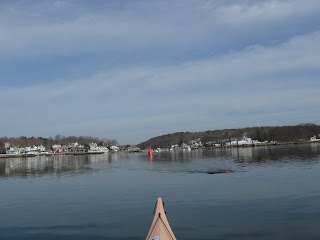 Only a small amount of trash was encountered along the way… 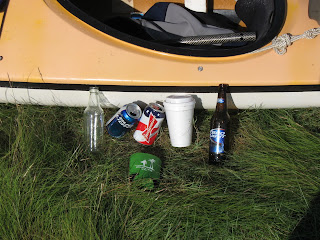 These 6 pieces combined with 7 recovered the following day brought my YTD total to 4002.


Note the re-usable green “Huggie”.  Wouldn’t that be a better option than the Styrofoam cups Dunkin Donuts presently offers their clientele for keeping the chill in their plastic iced coffee cups?
Posted by Al at 11:57 AM