The virtual loading of this year's haul of bottles and cans was nearing completion when the Boston and Maine local freight pulled up on the adjacent track.  After the last two bags were loaded and the big door slid closed and locked, the blue boxcar was added to the train's consist and enroute to the recycling facility.  Thanks to the good folks at Hillside Lumber for allowing use of their siding for the loading process.
With that chore wrapped up, it was back to my cave where the year's data was examined.

A total of 7,500 pieces of trash was recovered, and the composition of that trash is as follows:


SuAsCo Waters (where I most often paddle):

Other Rivers (visited more than once):


Merrimack River – 2 patrols netted 1,077 pieces for an average of 538 per patrol (Hooksett disks)

Other Rivers (visited one time only):

In addition to the usual bottles, cans, and plastic bags recovered, there were 14 tires, 1 television set, 1 propane cylinder, and 801 Hooksett disks recovered from the rivers.


My thanks to all the folks who’ve supported my trashpaddling efforts, and I hope 2012 is a great year for all!

Here are my two favorite photos from the past year.  The first is “Sunrise for the Blackburn Challenge” and the second is “Doe with Two Fawns”... 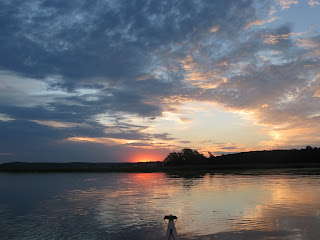 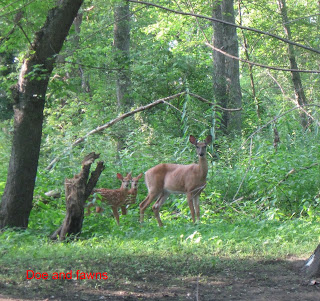 7500 pieces of trash is an amazing effort, and that picture of the deer reminds me of Bambi

Thanks Will and Happy Holidays!

What awesome accomplishments you and collaborators are making. And you keep statistics! I hope you submit that data to some government bodies and get funding for all the hard work you do. You are a riverkeeper extraordinaire! It is sad to see how much trash is in our waterways, but inspiring to have someone like you out there.

Best wishes for the new year.

Thanks BaffinPaddler, Most government agencies down here are stretched pretty thin these days. Their efforts seem to be focused mostly on the highways, parks, etc. Trash in the rivers is mostly recovered by volunteers working with watershed associations or individually.
Imagine you don't see too much trash up your way (near Ottawa) as I've always heard that Ottawa City is one of the cleanest cities in the world. Happy 2012!

Thanks so much for all of your fine work! That breached dam can be tricky sometimes, especially at high water levels. The whitewater further upstream in Maynard poses some challenges too, especially the Mill St. bridge......I've seen many folks flip there. Thanks again......I came across that TV near the Elks Club, but I was late to pick up my kids, so I simply brought it to shore with the intention of getting it later, but you must have beat me to it!

Hi Brooke, Thanks for your comments and the tips about Mill Street, etc.
It must have been someone else that followed up on your retrieval of the television set from the Assabet River near the Elks lot. The TV I got was down on the Concord River near Lowell Rd.