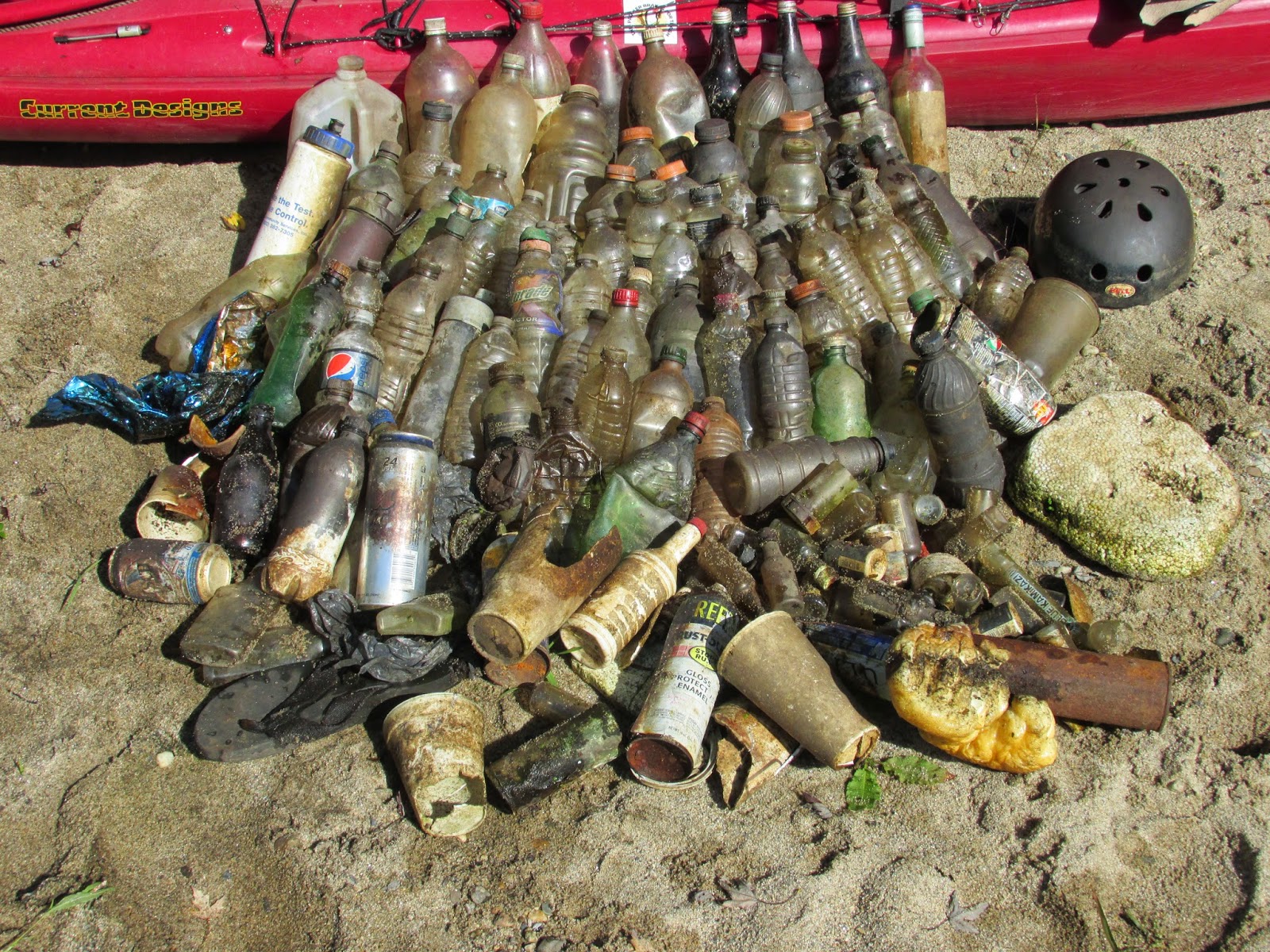 After being bombarded for the past few weeks by deliberately misleading television ads urging me to vote No on Question 2, I began to wonder if, perhaps, I'd missed some sea change in the world of recycling.  The folks paying big bucks for the ads really want me to believe that having a redemption value on aluminum and plastic bottles is as outdated as the horse and buggy. They tell me that 90% of the people in Massachusetts have curbside recycling, even though they know full well that figure is inaccurate.  They say politicians will get any unclaimed deposits and they know that isn't true as well.  They use images showing one gallon dairy containers when they know an expanded Bottle Bill will not have any effect on dairy products.

So, this morning I decided to visit the river and see what it had to say about all this.
I launched my boat into the Nashua River in Lancaster and paddled upstream to where the Nashua's north and south branches meet.  Along the way I picked up all of the litter found floating and stuck behind branches and rocks.  The photo (above) shows the total trash recovered in that short stretch of river.

Next, I separated out the containers that would be covered by an expanded Bottle Bill... 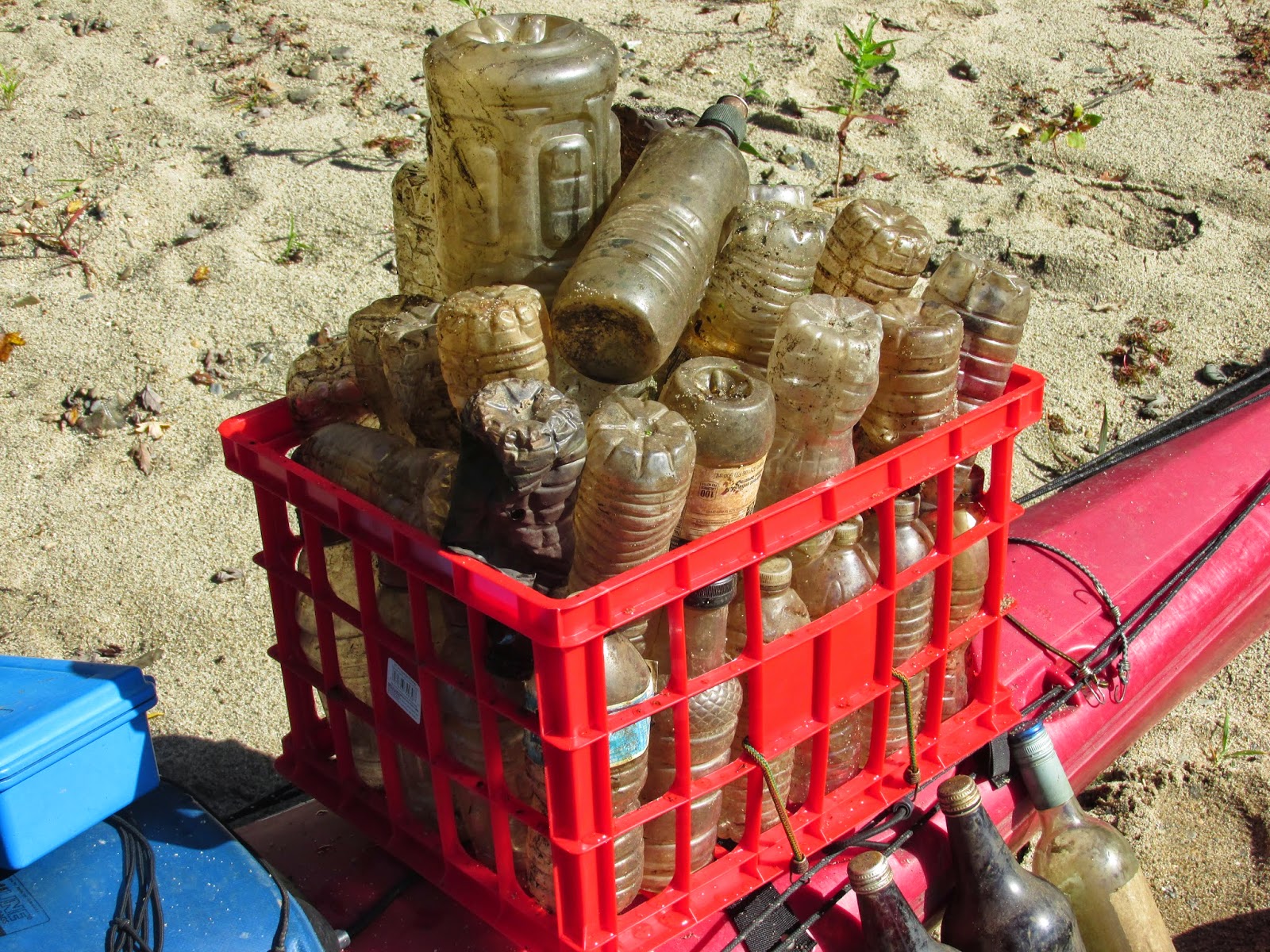 ...they numbered 50 "expanding" out of the crate: water bottles, Gatorade, Powerade bottles, and an Arizona Iced Tea aluminum can.  That's close to one third of the total litter removed today in just 1.9 miles of river.  Another 51 plastic and glass containers were either non-redeemable or once were redeemable but the labels were missing.  Only a handful were good enough to actually be redeemed.
In addition to the containers were 60 pieces of miscellaneous rubbish such as nip bottles, Styrofoam cups, and a Mylar balloon.  Total pieces of litter were 161.


The fact that an advertisement firm would produce an ad campaign filled with deliberate untruths doesn't surprise me one bit.  What does surprise and disappoint me is that companies such as Stop & Shop and Roche Bros. would allow their good names to be associated with such.

It is unfortunate to see that much litter in the Nashua River. That location is not far from the outlet of the well protected Wachusett Reservoir. I am just picturing someone buying a beverage at the Cumberland Farms nearby and just chucking the bottle out the window. If only they had some incentive to hold onto that bottle.

George, I agree with your mention of an "incentive to hold onto that bottle". The nice thing about a deposit is that if the purchaser does let the bottle go, the deposit provides an incentive for someone else to pick it up.