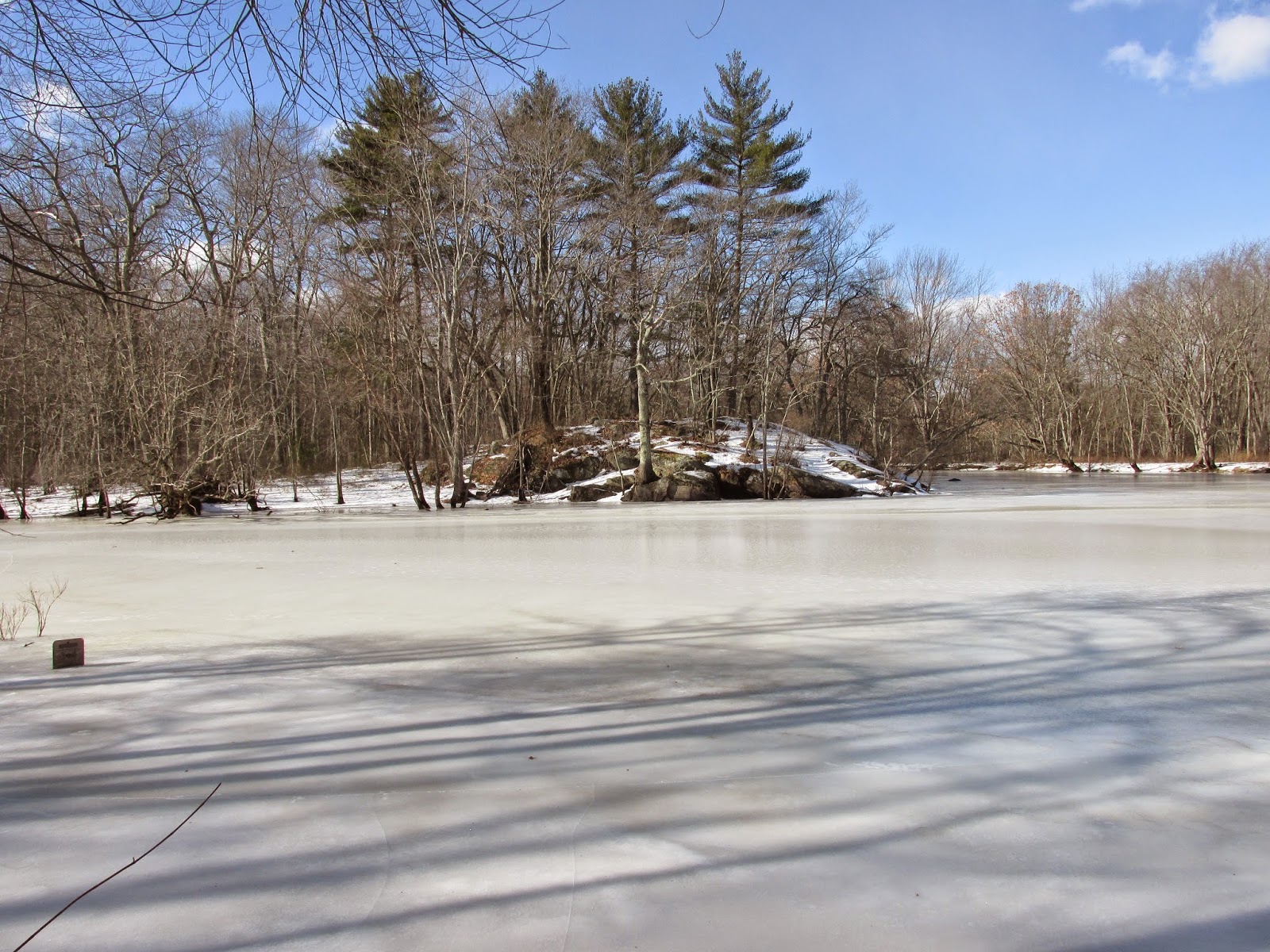 My 2014 started with being frozen out from my local waters as this January 7th photo of the Sudbury and Assabet river's confluence at Egg Rock shows.  Those conditions would result in my making 4 trips southward to the tidal waters of Narragansett Bay in neighboring Rhode Island.

However, if there could only be one favorite day on the water it would have to have been a spectacular Sunday in June when along with friends Capt'n and Mrs. Dangerous the waters of Mystic River, Boston Harbor, and Charles River were explored.  This photo, for me, captured the city of Boston in a new and better light... 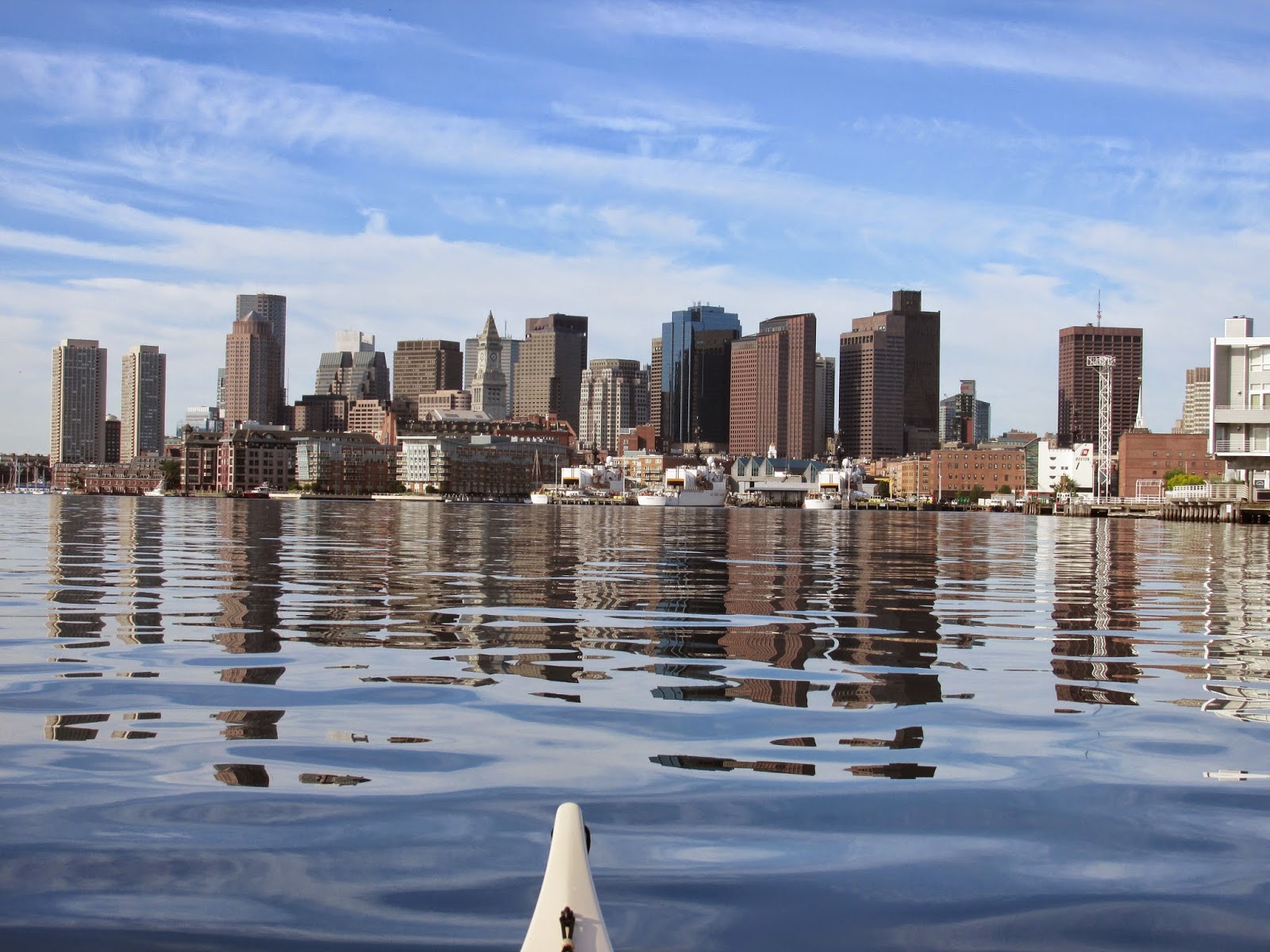 Two encounters with wildlife were memorable: An August 25th encounter with this American Bald Eagle who shared my interest in a dead skunk-containing plastic bag afloat in the Merrimack River in North Chelmsford... 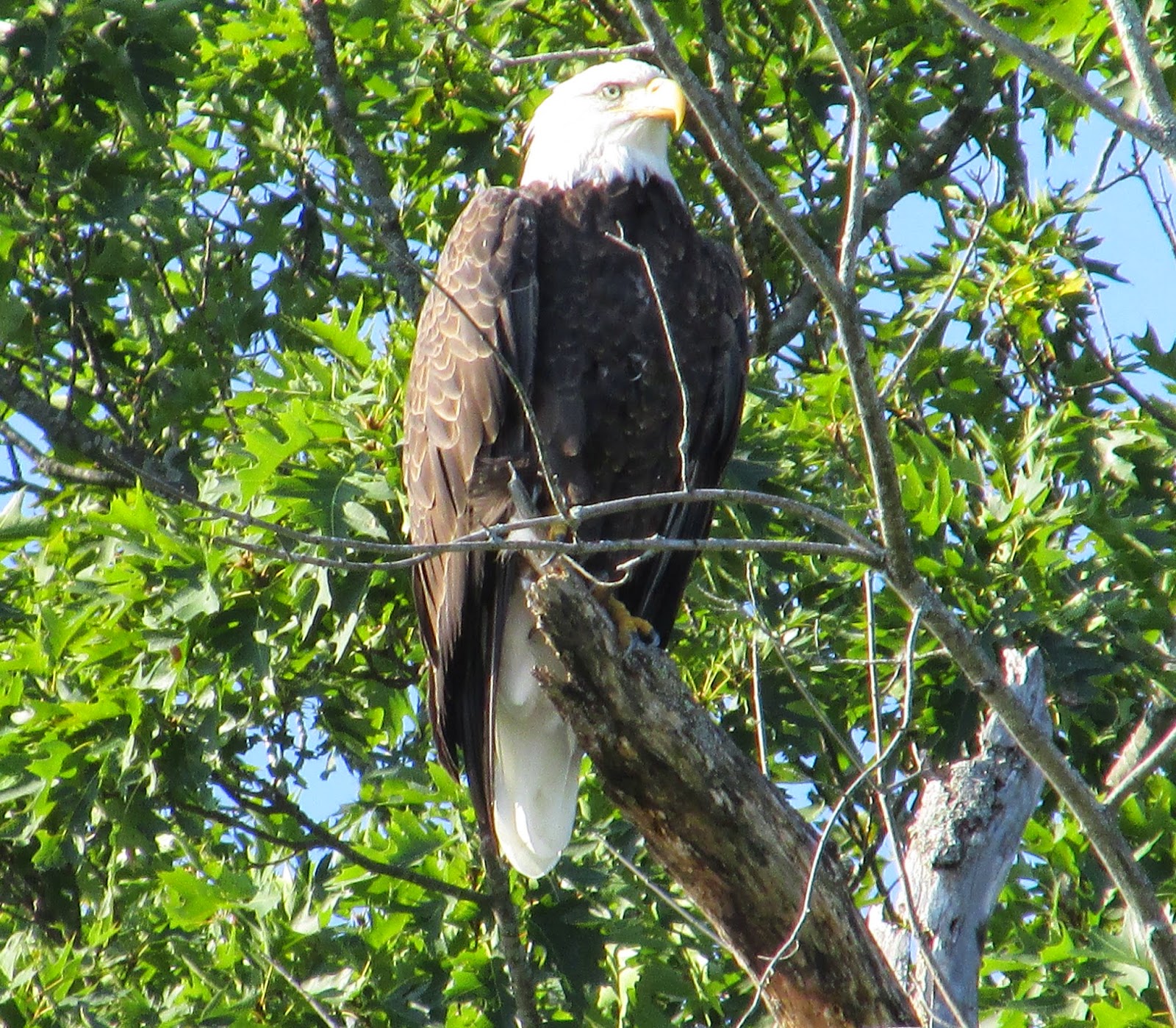 ...and a July 30th eye to eye with this velvet-antlered white-tailed buck along the Assabet River in Damondale... 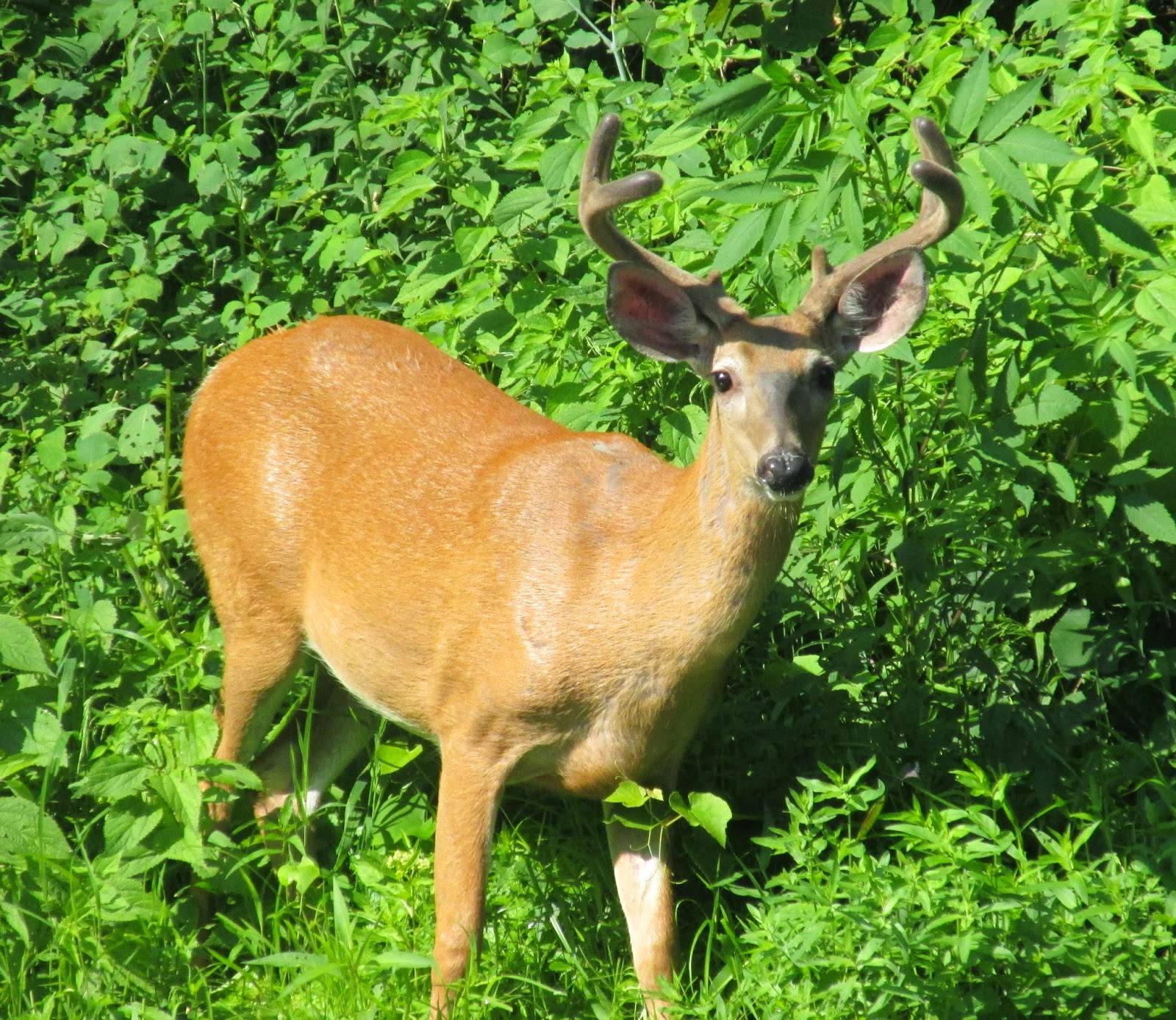 The year saw a good number of glass bottles but I believe the oldest man-made item found was this clay pipe bowl found on April 25th by a small island in the Swift River near Belchertown... 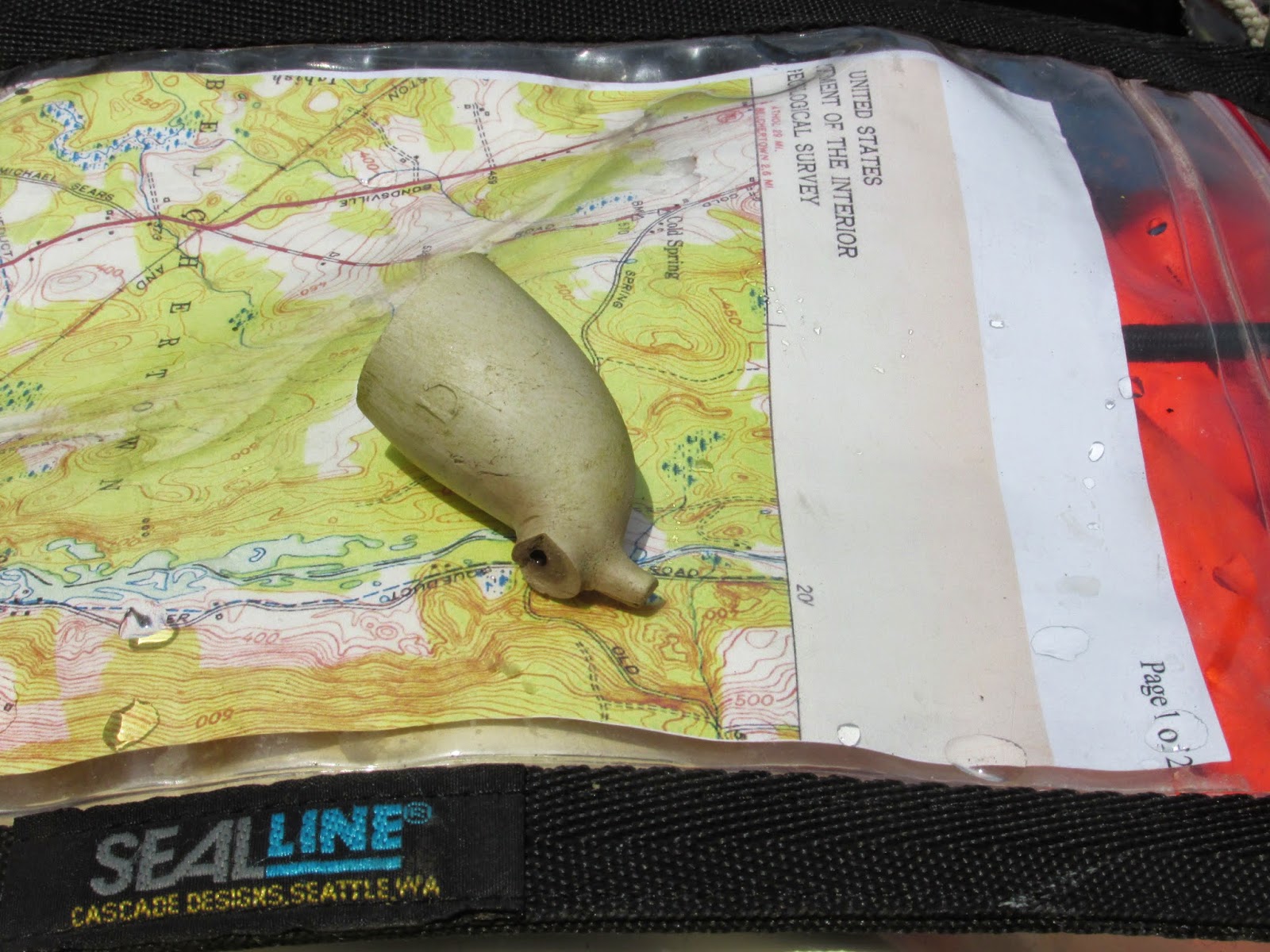 It was on this day seven years ago Trashpaddler.com was born.  It was conceived as an experiment of sorts premised on answering the question “What would happen if this avid paddler decided to pick up the trash encountered rather than paddling past it?”


My first post was on New Year’s Eve 2007 and in it I laid out my course which, for the most part, I’ve adhered to.


By the end of year one I’d settled on a system of sorting recovered trash into three categories:


·         Recyclable containers having no redemption value


·         Recyclable containers having a redemption value of five cents


Maintaining a scientific approach was not always easy as some containers were sold with a redemption value but, because of their present condition, were no longer redeemable.


This included plastic bottles that no longer retained their flimsy plastic labels showing their redemption status (water had dissolved the glue).  It also included aluminum cans that had been crushed or damaged.  As a rule containers were sorted based on my best guess as to what they were when sold.


At any rate, the end result of my experiment is as follows:


Now perhaps it’s because of some Irish blood flowing within my veins that I pause at this point and recognize the significance of the number seven: The Seven Year Itch, Seven Seas, Seven Continents, Seven days of the week, Seven Deadly Sins, Seven Wonders of the Ancient World, Seven Notes of the Diatonic Scale, Seventh Son of a Seventh Son, Seven Dwarfs, Seventh Heaven, Seventh Inning Stretch, Seventh Seal, Seven Samurai, Seven Cities of Gold..…well, you get the picture.


This significance, combined with Massachusetts voters having recently laid to rest any reasonable hope of an expanded container redemption program, tells me it’s time to reset my compass heading before paddling beyond the seven year mark.  Don’t get me wrong, I’ll still be a trashpaddler in so far as orphaned and drifting trash will always find safe haven aboard my vessel.  But from this point forward I’ll no longer be counting the trash, and the only sorting I’ll do will be to separate recyclable material from non-recyclable.


In order to portray the amount of trash encountered I’ll continue my practice of snapping a hullside photo of the day's haul.


The title of my blog will now be “Trashpaddler’s Waterway Wanderings” and, if all goes as planned, folks will be able to find me at either trashpaddler.com or waterwaywanderings.com.  Above all else, I am a waterway wanderer and would like to broaden the discussion to the other wandering ways of water such as the water we allow to flow into our gullets.


My appetite for gulping down water from a plastic container was dimmed by having spent 10 years of my working life pumping and treating groundwater laden with plasticizers (phthalates).


I hope to explore alternative containers other than plastic for bringing along drinking water.  These days my drinking water resides in a stainless steel bottle and accompanies me most anywhere I go.  How about other folks?  How do you bring along your drinking water?

How about treating your water?  Do you provide treatment over and above the way it's delivered to your tap?

At any rate, a Happy New Year to all my fellow aquatic and terrestrial travelers!
Posted by Al at 11:56 PM

My hats off to you Cap'n. You charted a course and held steady with your deadlights(sure eye)-, and a sharp hook-cleaning up the waterways and shoreline.

You kept fine records of which we all gain. And captured a few fine pieces of swag -them ole bottles carry many a memories of splicing the mainbrace.

May the wind be kind to you as you are to our natural resource-our waterways.

Thank you so much for all the litter you've collected, sorted and documented. All three activities are such big jobs. I fluctuate between picking up less so I can document and sort vs forgetting the documenting and just removing as much litter from the environment as possible. Each part is so important. Again, thank you, for every piece of litter you've removed from our waterways. May this be the year we finally begin to take litter-prevention seriously. Happy New Year. May it be litter-free.

Thanks Bernie and hope you have a great 2015!

Museum of Litter, You're very welcome and I agree with your thoughts as to the counting. For me, not counting and recording the amounts will take some getting used to. No more pencil and paper or dreaded recounts on the occasions when I forgot them.
Hopefully 2015 will see less littering of our environment!
BTW, did I recently see a piece on your museum on Chronicle?

Keep up the good work. The new website looks nice too.

Thanks George and Happy New Year.

It was nice to meet you in person on the NH AMC trash paddle on the Merrimack River. Met many good folks on this and subsequent paddles. I'll definitely be doing some more trash paddles next summer in addition to my own private, pickup-as-I-go, paddles.

I admire your commitment to what you're doing!

Hello George,
Those were some great trash patrols and it was great paddlin' with you. Looking forward to more patrols in 2015. Happy New Year

Nice End of the year Report, Al! I can't believe the amount of work you do cleaning up the waters and keeping track of mileage, and the record keeping of all the trash you collect (and you don't get paid for it?). You are amazing! I think you should keep a mock record of how much you would get paid for your time and effort. Would be interesting to see how it comes out, but that's just more record keeping and you can't put a price on a good Riverkeeper who loves what he does and does it for the good of the environment and for our next generation out of the kindness of his heart! You are one in a million, my friend, and I am so grateful to have you in my life. Your humble ways have taught me so much and I do admire you for it. By the way, my favorite trip this year was our Boston trip as well. Be safe out there! Mrs. Captain D.

Hello Mrs. Capt'n D, Thanks for your very kind comments.
I consider myself very fortunate in being able to give just a little back while being afloat in my "Happy Place".
That day on the Harba was a corka!

As always, proud to have you as my brother! You don't just talk the talk, you live it.