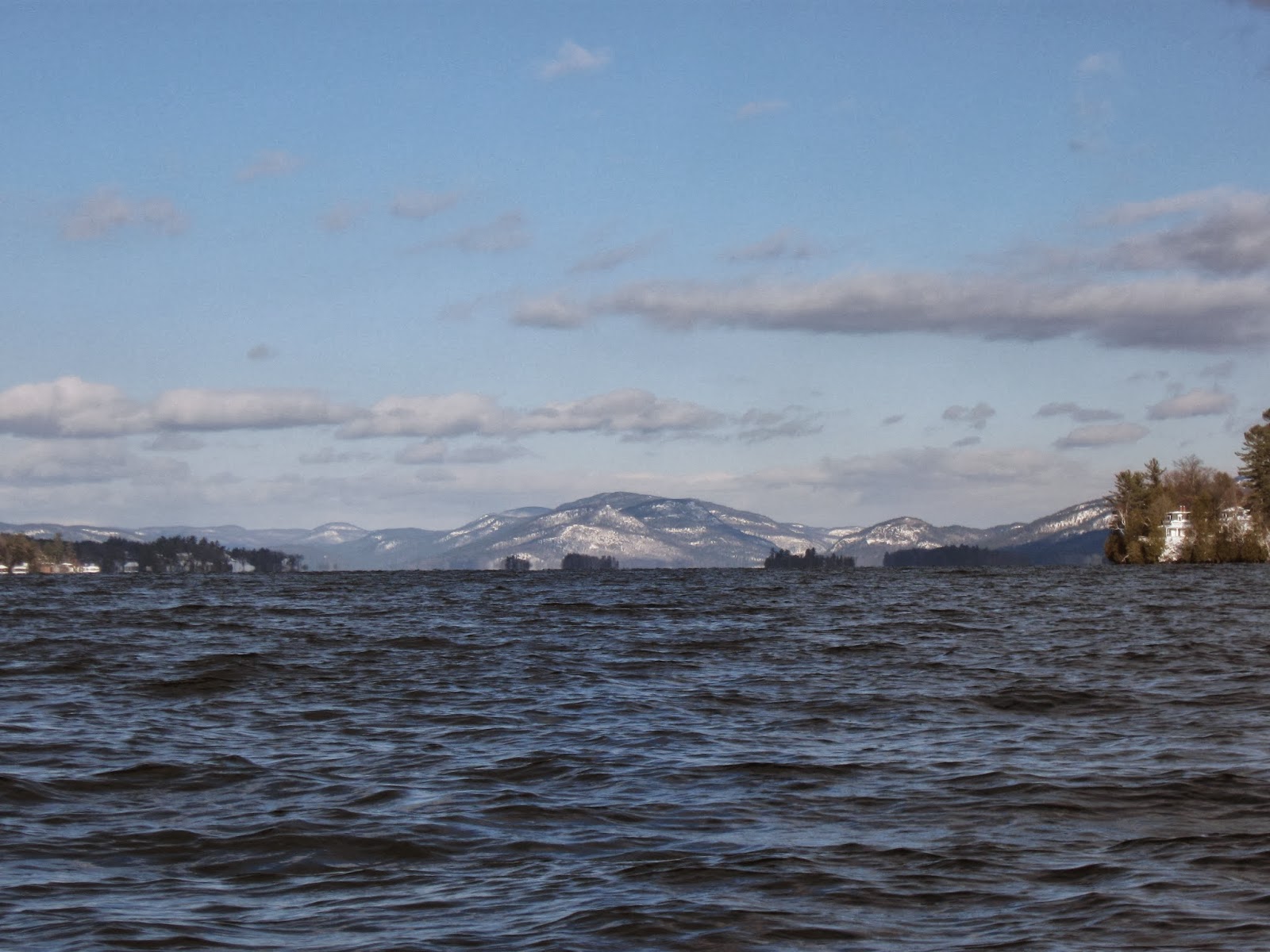 Back on the very first day of this year I looked beyond the tip of my boat's bow to a choppy Lake George in New York (above) and wondered what kind of waters I'd encounter in 2013.  Now I can safely say it was a year of very pleasant paddles on numerous streams, rivers, ponds, lakes, and coastal ocean waters.

New waters visited for the first time included the Ashuelot River in NH, the Swift River in MA, the Otter River in MA, and Somerset Reservoir in VT.  Also, new sections of the Charles, Connecticut, Contoocook, Merrimack, Quaboag, Squannacook and Taunton rivers were paddled in addition to my usual haunts.

New confluences experienced were where the Asheulot meets the Connecticut and where the Otter joins the Millers.

Along the way I applied my brakes for 6294 (combined aquatic and terrestrial) pieces of trash and the composition of that trash was fairly similar to previous years:

In comparing the ratio of pieces of trash (aquatic only) recovered per mile paddled over the past 5 years I found the following:

The above is only my empirical data and there could be many explanations for changes such as more folks picking up trash and/or less folks littering.  Either way it's encouraging to see the trash per mile ratio decline.

My biggest haul (due to a plethora of Hooksett Disks) was from Ram Island in the lower Merrimack River... 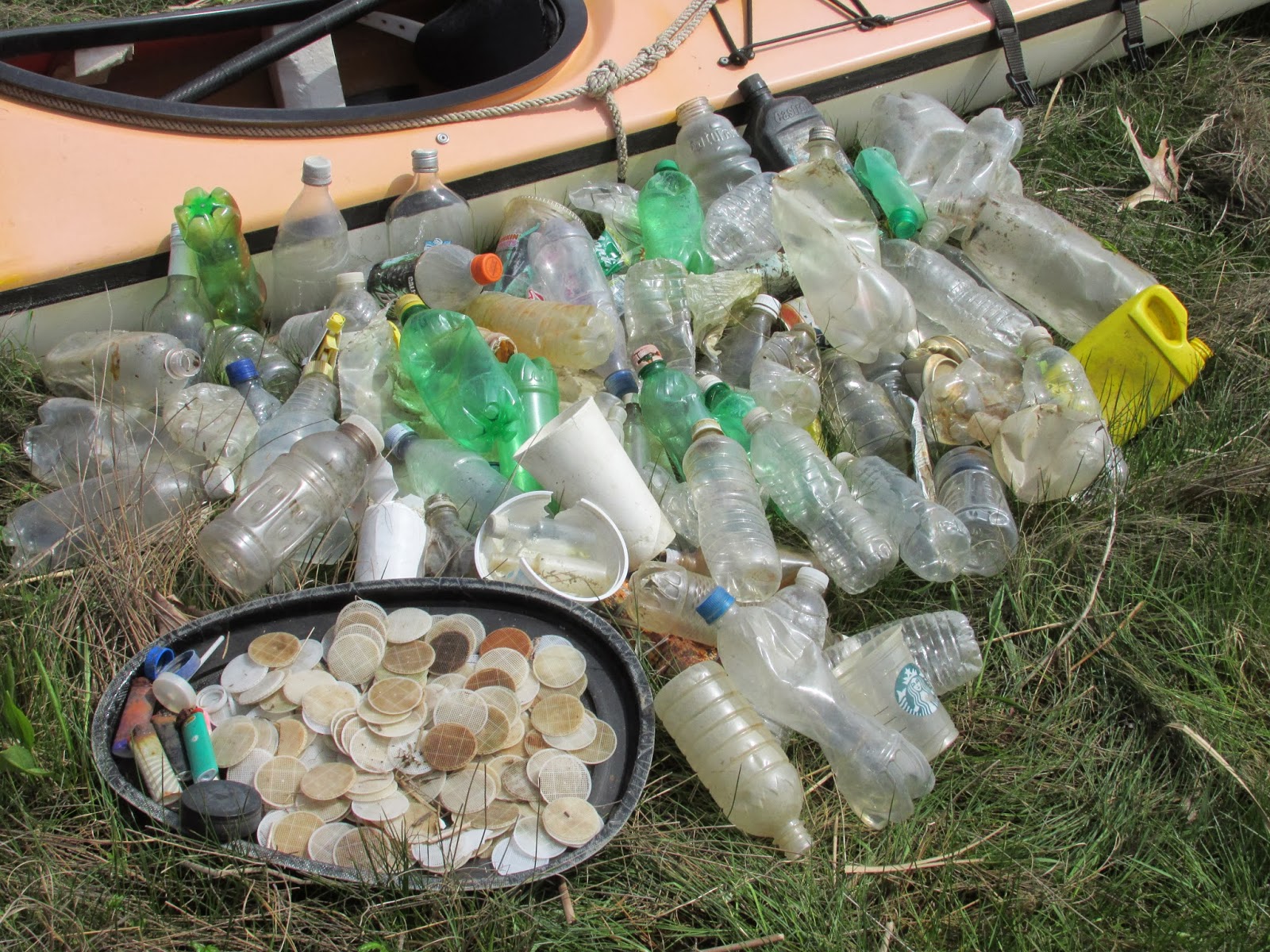 ...and the weirdest haul (mannequin's leg?) was from the Assabet River in Stow... 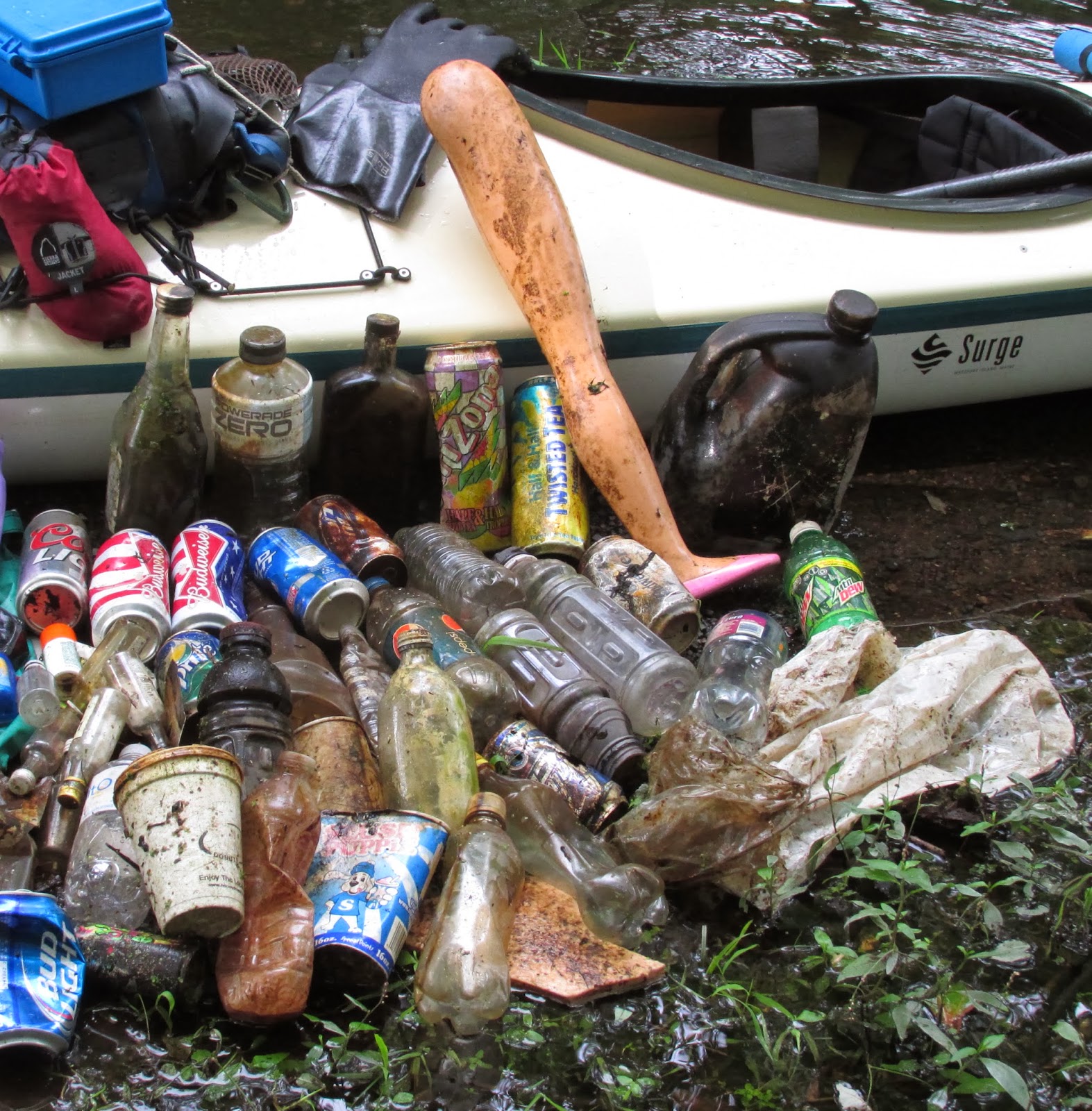 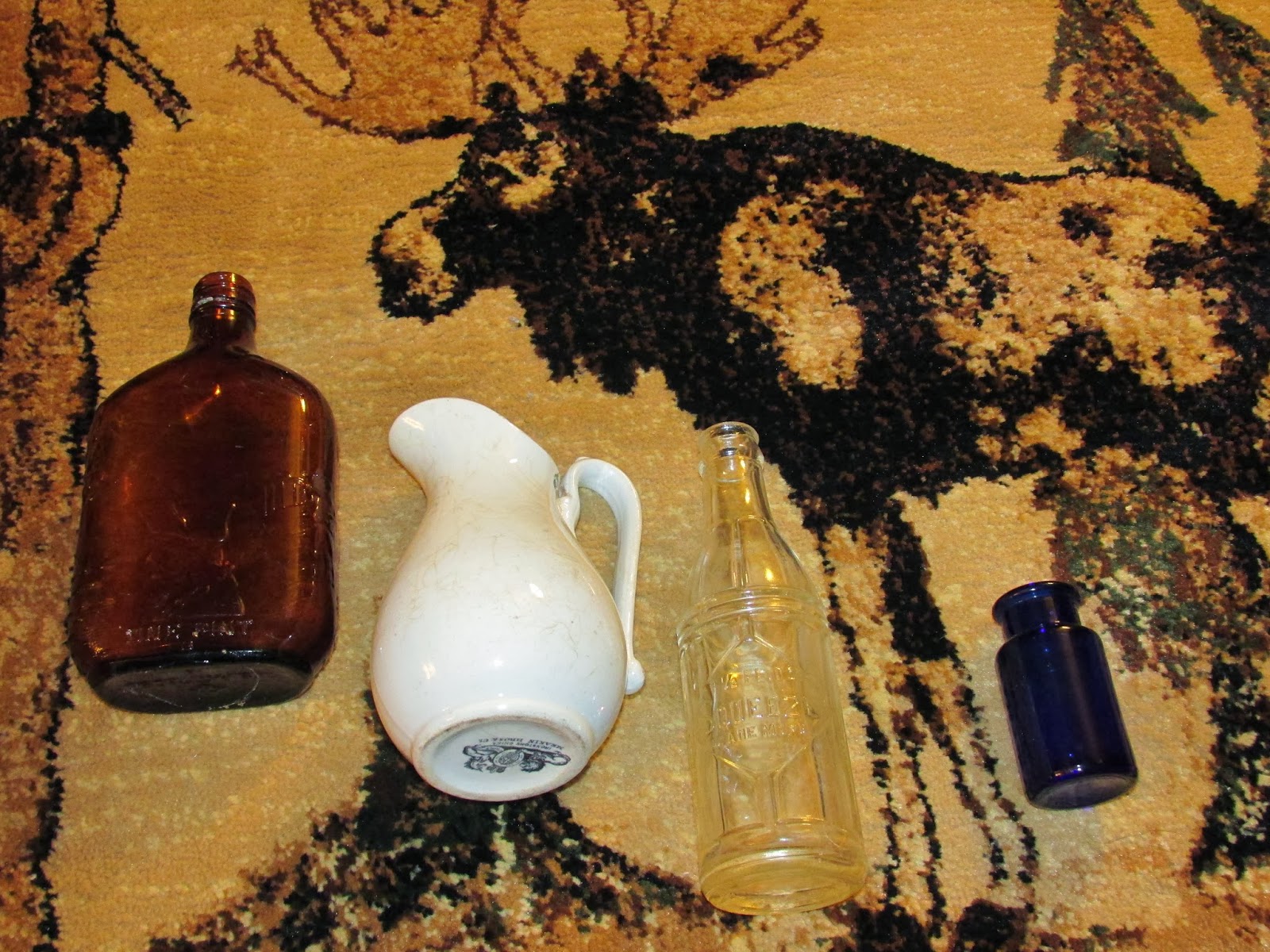 Left to right is a John Paul Jones whiskey bottle from the Assabet River, an ironstone pitcher from the Concord River, a "Squeeze" soda bottle and perhaps an old ink bottle, both from the outlet of Lake Wickaboag.

An additional highlight of 2013 was participating in the New Hampshire Appalachian Mountain Club Paddlers series of 6 trash patrols on the Merrimack, Nashua, Contoocook, and Squannacook Rivers.  The series was organized and led by Denise Hurt and on the finale we were joined by internationally recognized river advocate Marion Stoddart.

My most memorable day on the water was one in which 7 bald eagles were seen on a 9 mile stretch of the Connecticut River in my home state of Massachusetts.  This one stood out... 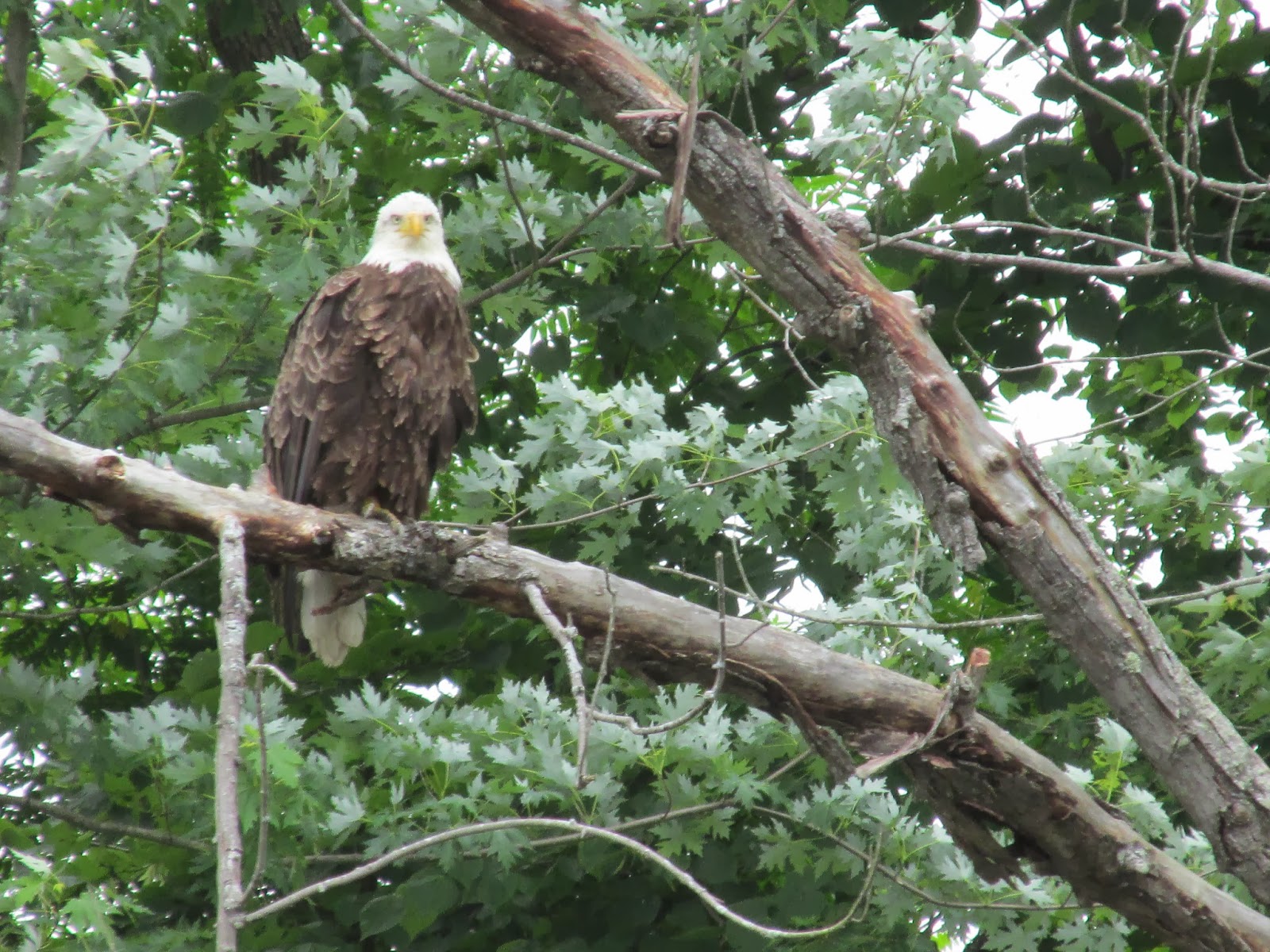 The closest I came to falling out of my boat was upon looking into this set of eyes while on the Annisquam River in Gloucester, MA... 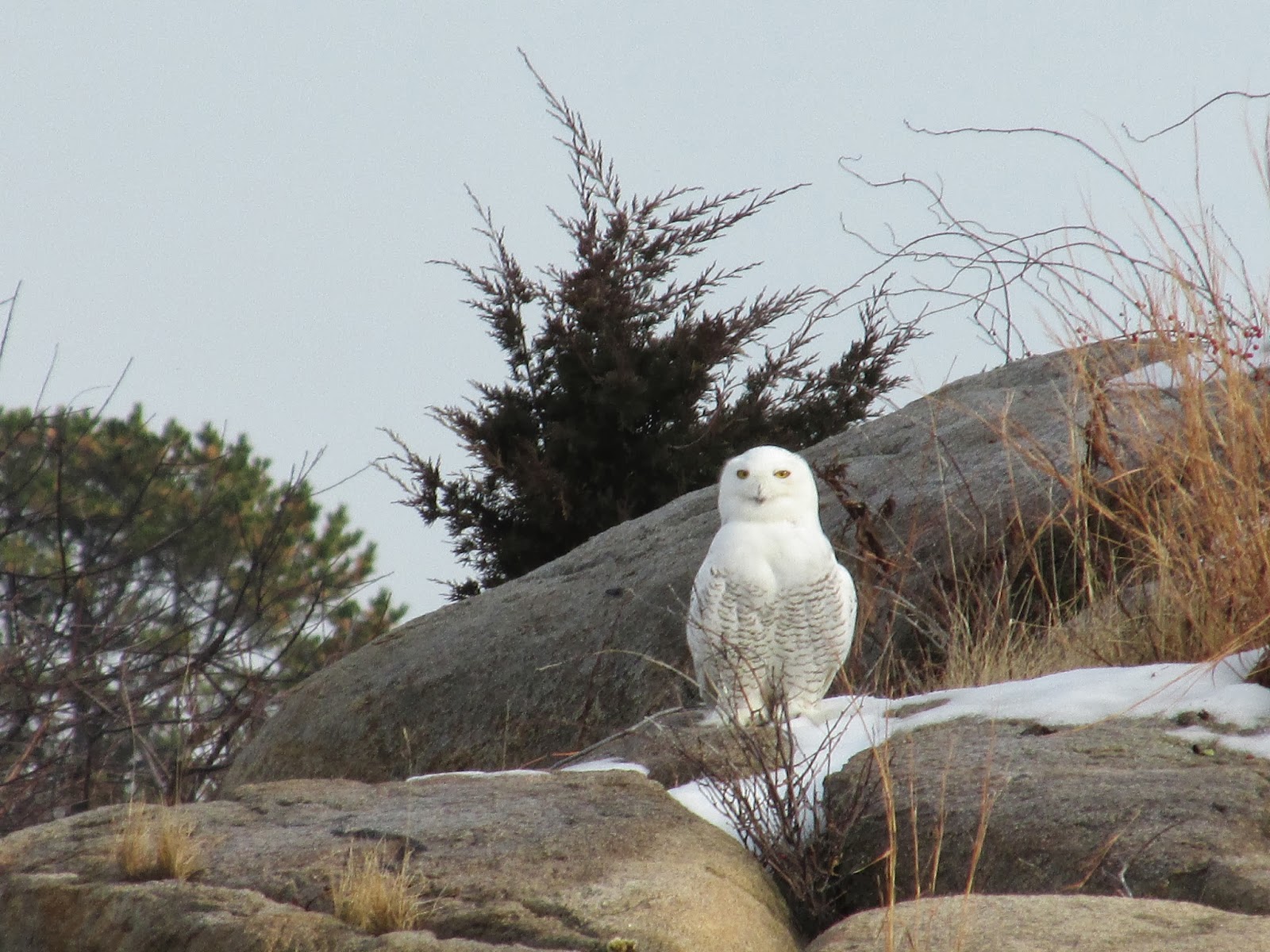 Finally, as the waters 'round these parts slowly turn solid, I spend my days down at the depot watching train after train of wood pellets pass by en route to my voracious stove... 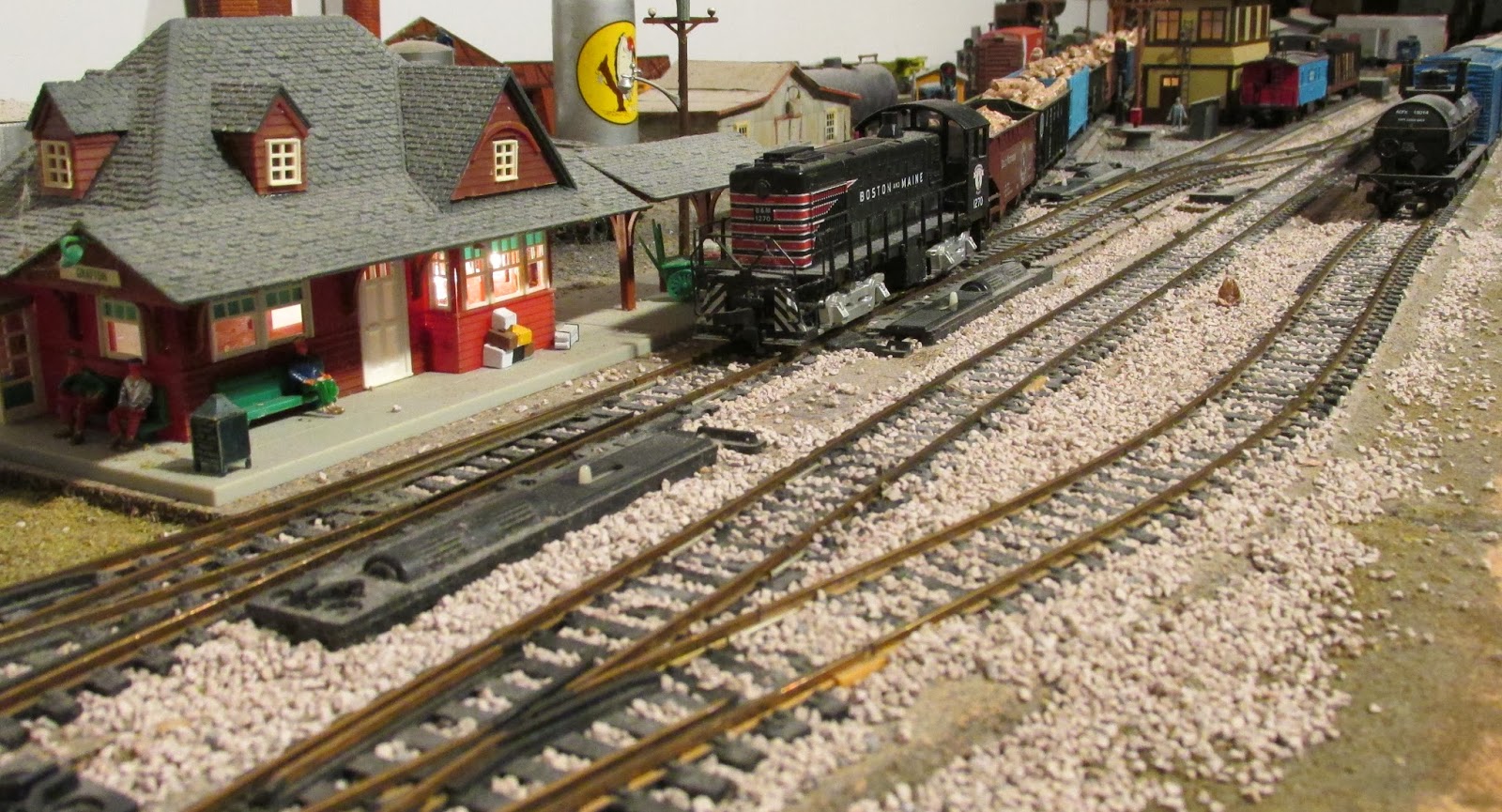 A Happy New Year to all my fellow aquatic and terrestrial travelers!

Have enjoyed your travels. All the best for 2014. Look forward to seeing you on the NHAMC trash patrols. Ron Haines

Happy New Year Ron. Wise is the man who can look at his outdoor thermometer today and see 80 degrees.