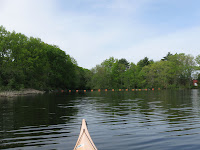 Thanks to the deluge of rain we received Wednesday night into Thursday, the Assabet River in Stow and Maynard was found to be high and wide.  Having launched at Russell's Bridge, I trash patrolled upriver to Sudbury Rd., then down to the Ben Smith Dam in Maynard.
A fresh crop of trash was made available by the higher river levels.  Trash usually out of reach on the banks was now easily grabbed,  the majority of which looked to have been there for a long while.

Quite a few eastern kingbirds were seen such as this one... 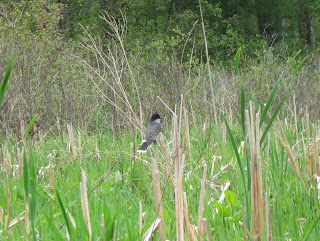 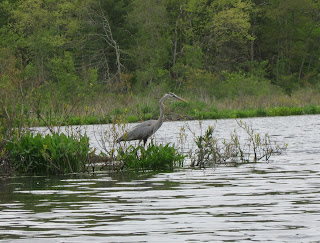 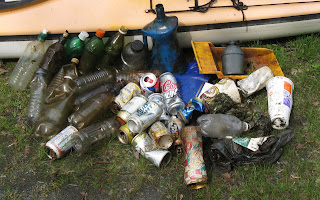 There were 29 recyclable containers (13 redeemable) and 14 pieces of miscellaneous rubbish such as plastic bags, nip bottles, an old canteen (remember when those were used for hydration), and a dump body from a plastic toy truck.  YTD = 2385

While out on the water, I found myself pondering some questions raised by news events of the past week:

In order to place a check mark in the box denoting Native American heritage, what percentage of ancestry would be required?  Is there a specific criterion?

Should the United States return possession of the Black Hills in South Dakota to the original owners?

Is Boston Globe columnist Brian McGrory's series of articles on corporate abuses at Liberty Mutual showing us, in a nutshell, what's really wrong with corporate America?