Today's trash patrol of the Sudbury River had two objectives in addition to recovering trash. One was to find out whether or not the river was open-water through Fairhaven Bay and the other was to see my first red-winged blackbird of the season.
After some work breaking through 1" thick near-shore ice, I launched into the river at about 11 am and headed upstream with a pretty good breeze at my back. Recovered my first piece of trash, a Pepsi can, just before passing under the Route 2 bridge. A small group of ducks kept moving further upriver each time I approached. Looking through my binoculars, as they took flight, it appeared they were buffleheads but I could not be sure. Near Sudbury Road (Heath's Bridge) I began seeing common mergansers in pretty good numbers.
Soon, Martha's Point was in sight and I could see open water all the way to Fairhaven Bay. I could also see people standing on the water in the far-off distance. Upon entering the bay I discovered that the folks standing on the water were ice fishermen and there were 8 in all. Five were on the west side of the bay and three were on the east side near the stone boathouse. 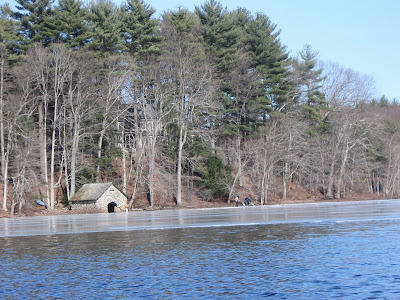 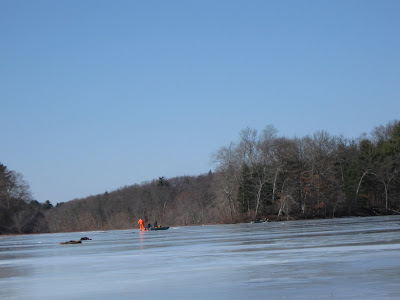 The river was ice free right through the middle of the bay and with the wind at my back it seemed I was flying across. Passed by the channel that leads to the Lincoln Canoe launch and noted that it is still firmly iced in. Upon reaching Lee's Bridge (Rt. 117), I decided to stop for a break at what might now be called Lee's Bridge Landing. The small wooden platform used as a dock by the bridge rebuilding contractors is still there and makes a convenient spot to sit in the sun, out of the wind, and enjoy a mug-up of hot cocoa. 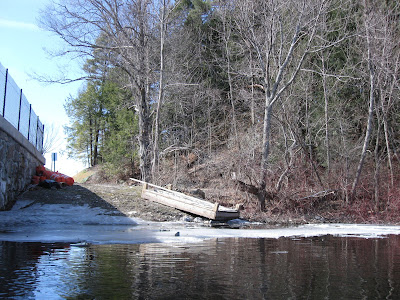 A little ice-breaking work was required but was well worth it, as two red-tailed hawks circled overhead while I was on break. 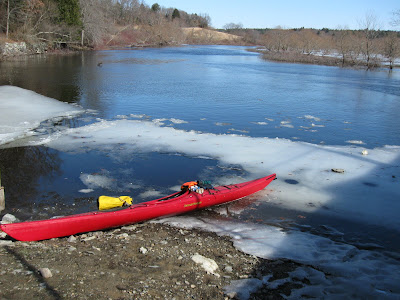 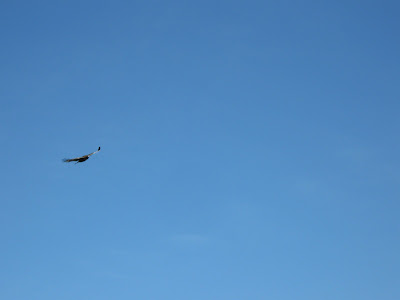 After my break, I decided to head downstream and very shortly passed this "Springtime in New England" scene of maple syrup collecting. 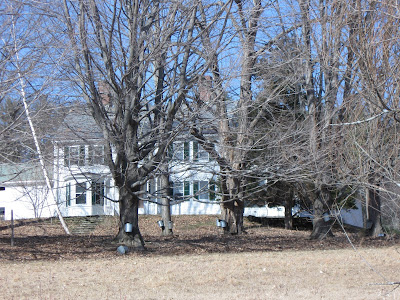 A little ways downstream of the Lincoln Canoe Launch I was able to recover an empty juice container, empty 'Wise Potatoe Chip' bag, and what appeared to be gas tank cap. 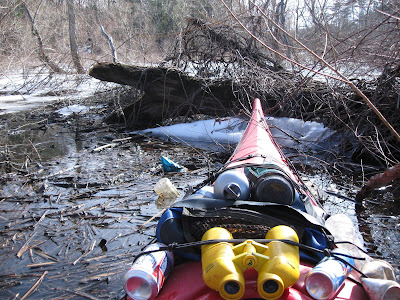 A cool breeze greeted me upon entering Fairhaven Bay and I began a steady slog into the teeth of it. From here to Heath's Bridge was a nice little workout. I passed 'Old Man Winter's' now abandoned chair. 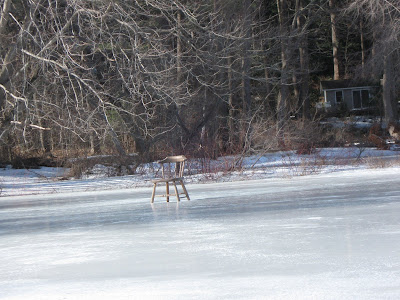 After making it through the windy stretch, I came upon this testament to another creature's very recent workout. 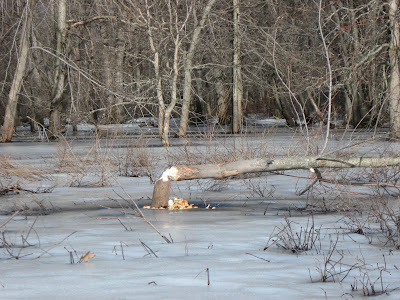 On rounding the bend near Clamshell Bank I surprised two of the small ducks I had been seeing throughout my trip. Aided by my binoculars, I'm fairly sure that they were buffleheads.
I reached my takeout location without having seen any red-winged blackbirds. I'll just have to wait another week or two. My trashcount was 14 empty containers of which 6 were recyclable. YTD total 92. 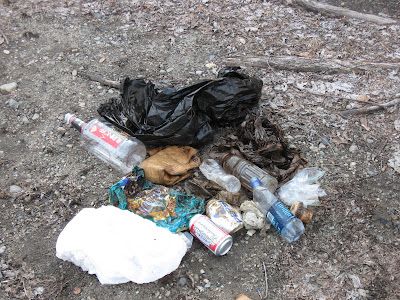