While awaiting a more favorable day to begin the 2009 trash paddling season, I reflect back on 2008. In addition to the trash that made it into either dumpsters or recycling containers were the following tangible and not so tangible items:
This old wooden paddle found floating on the upper Concord River 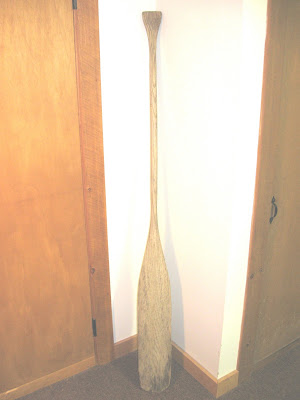 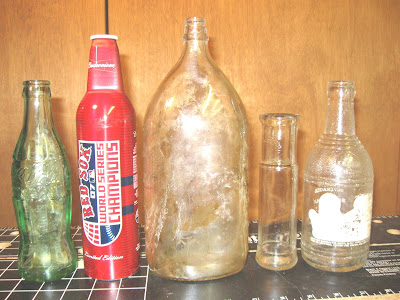 Additional bottles include a LaChoy soy sauce bottle; a rugged but broken old bottle that bears an Indian chief's image and the slogan "It is different, we use a natural pure spring water" the Indians called it "The water of life", That is why they came here to drink"; an eight-sided Heinz ketchup bottle; a small bottle of Foss' Liquid Fruit Flavors; and a larger Virginia Dare bottle. Apparently Virginia Dare was referred to as "The First Lady of the Land" and her name showed up on different beverages. Virginia was the first child born of English parents in North America. She was born in 1587 into the Roanoke Colony of which no trace could be found in 1590. Sunsequently her rather Anglo-centric title. 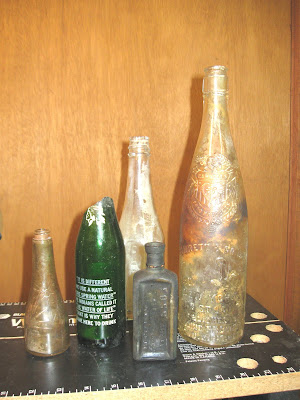 The non-tangible included: numerous encounters with wildlife in which I was priviledged to come eye to eye with wild creatures in their element and witness their displays of prowess; a new appreciation of the very dynamic nature of the rivers which has resulted in my becoming more willing to be enveloped by the river's environment, slow down, and subsequently note the many small things that are in a state of continual change; and lastly, a good amount of exercise and a ton of fresh air!
Posted by Al at 10:55 AM