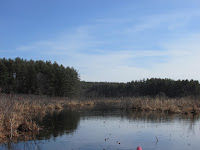 For the past 45 years the navigable waters of the United States have been protected from pollution by a 1972 law known as the Clean Water Act (CWA).  One result of this act was the creation of a National Pollution Discharge Elimination System (NPDES) which requires anyone discharging pollutants into our nation's waters to obtain and comply with a NPDES permit.  Many of today's wastewater treatment facilities came into being as a result of the CWA, and our nation's waters are all the better for it.  As someone who worked at facilities having such a permit, I can attest to the discharge point seeming a long way from what most would consider "navigable waters".  However there was never any doubt as to where the discharged waters ultimately ended up.

Until the other day, I've always considered the CWA to be a nobrainer.  However, on February 28th, President Trump issued an executive order entitled Restoring the Rule of Law, Federalism, and Economic Growth by Reviewing the "Waters of the United States" Rule.  The order instructs the two government agencies responsible for protecting our nation's waters from pollution (Environmental Protection Agency and Army Corps of Engineers) to review the definition of "waters of the United States".  It further instructs them to "consider interpreting the term "navigable waters'" as defined in 33 U.S.C. 1362 (7), in a manner consistent with the opinion of Justice Antonin Scalia in Rapanos v. United Sates, 547 U.S. 715 (2006).

Upon seeing this order instructing that from this day forward one man's specific interpretation of the term "navigable waters" should now serve to define "the waters of the United States", I was intrigued.  So intrigued that I'd spend the majority of a weekend (too cold for paddling) wading through the weeds so to speak expecting to find a settled issue...instead I found just the opposite.

Back in 2006 a case came before the Supreme Court of the United States.  It originated from an incident in Michigan where a man (Rapanos) had, without a permit, filled wetlands he wanted to develop.  The Army Corps of Engineers held the wetlands were protected under the CWA while lawyers for Rapanos held that the wetlands were not protected under the CWA.  After reviewing the case the Supreme Court issued three different opinions and remanded the case back to the lower courts.

The opinion of Justice Scalia held that the wetlands in question were not protected by the CWA because: "In sum, on its only plausible interpretation, the phrase "the waters of the United States" includes only those relatively permanent, standing or continuously flowing bodies of water "forming geographic features" that are described in ordinary parlance as "streams[,]...oceans, rivers, [and] lakes." See Webster's Second 2882. The phrase does not include channels through which water flows intermittently or ephemerally, or channels that periodically provide drainage for rainfall."

Three justices, Roberts, Thomas, and Alito agreed with Scalia's above definition.  Four justices, Stevens, Souter, Ginsburg, and Breyer signed a differing opinion holding that the wetlands were protected by the CWA.

The remaining justice, Kennedy (remember when we used to have nine?),  offered a third opinion in which he held that the wetlands would be protected by the CWA if it could be demonstrated they possessed a "significant nexus" to a navigable waterway.  Therefore he agreed with Scalia in remanding the case back to the lower courts, but not in his definition of "the waters of the United States".

So, there you have it.  Nine of this country's top jurists were asked to define "the waters of the United States".  Three justices agreed with Scalia's definition while five justices did not.  Since when does the opinion of four justices outweigh the opinion of five?  Is this the new reality we live in?

So, if given the responsibility of protecting the waters of the United States, where would I draw the line at which point protection should end?  Where would you draw it?

I agree with Justice Kennedy that a wetlands having significant nexus to a navigable waterway should be protected by the CWA.  Believe it or not, wetlands scientists are fully capable of determining if there's significant nexus.

Of course we could always ask this guy to show us the connection... 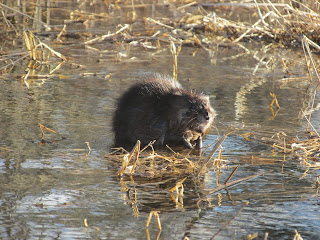 That's a really a shame. Sounds like it will go back to the Supreme Court, and Justice Kennedy will once again have the deciding vote. Hopefully Justice Ginsburg will stay on the court a long time...